A strange thing happens when Capital One sends out automated fraud alerts via SMS. A significant number of customers seem to believe the sender is human, and begin responding with natural language.

That behavior helps explain why Capital One is feeling confident in the actual chatbot that the bank is launching this week in a pilot test. Dubbed Eno–that’s “One” spelled backwards–it’s the first text-based chatbot from a U.S. bank. It’ll allow users to check their balances and recent payments, look up their checking account’s routing number, and transfer money between accounts. For more complex tasks, Eno will direct users to the appropriate section of Capital One’s website when possible.

But instead of launching Eno through an app like Facebook Messenger or Skype, Capital One is sticking with plain old SMS. While Dodelin says the goal with text messaging was to reach the largest possible audience with the least amount of friction, forgoing Facebook could also help protect banking customers’ privacy.

To explain why Capital One is launching an SMS chatbot, Dodelin claims that 97% of smartphone owners regularly use text messaging. (He’s likely referring to a 2015 Pew Research Center survey that found texting was the most popular smartphone feature.)

“We want to go where the people are,” Dodelin says.

Text messaging also presents less friction for people who don’t have Facebook Messenger or other chat apps installed. During the pilot, Capital One will give certain users the chance to try Eno after they’ve logged into the bank’s mobile website. But over time, Dodelin imagines referring people to the SMS short code for Eno after they’ve texted the bank about other things, such as fraud alerts. 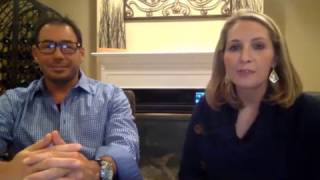